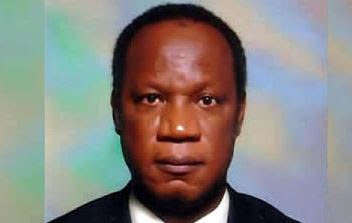 The Presidency, through the National Salaries, Incomes and Wages Commission, has instructed the Vice-Chancellor of the Federal University, Otuoke, Bayelsa State, Prof. Mobolaji Aluko, to refund over payment of salaries running into millions of naira.


The Registrar of the university, David Suowari, was also directed to refundthe sum of N130, 692.71 per month in excess of his due salary.

The over payments were said to have been discovered during the commission’s visit to the institution on May 12, 2015 to carry out an inspection of FUO’s remuneration practices vis-a-vis the extant government’s pay policy.

The VC and the registrar were accused of appropriating certain allowances to themselves which were not approved by the government.

These concerns were raised in a letter from the NSIWC to Aluko, signed for the Chairman of the Commission by the Director of Compensation, Chike Ogbechie.

“The findings of the inspection in respect of your institution (Federal University, Otuoke) were as follow:

“Much of the difference was attributed to certain allowances which were not approved by the government.”

The commission also said the university disaggregated its staff salaries against the government’s policy of pay consolidation.

The NSIWC, therefore, directed the university to stop “the wrongful practices” and comply with relevant rules and rates.

“We hereby direct the vice-chancellor and the registrar to refund the cumulative overpayments made to them.

“You are to report to the commission in writing, your compliance with this directive within four weeks of this letter.”

Prof. Mobolaji Aluko became the Vice-Chancellor of the university in February 2011 and he said (in a text message to our Punch correspondent) that there was neither disaggregation of salaries nor overpayment of salaries.

“Without that concession occurring, our own local salaries would have been wiped out completely, and we could not have accepted the job.”

“However, the need for accountability is welcome, and Salaries and Wages Commission will be fully reconciled to the full facts,” the VC stated.