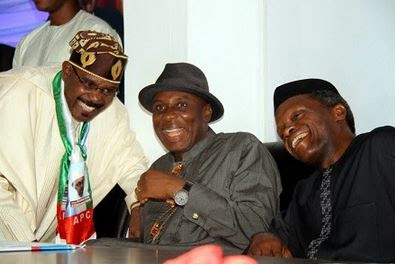 Northern community in the South South has called on President Muhamadu Buhari to adequately reward ex-governor Rotimi Amaechi for the role he played in making him President of the country.

Speaking at the end of a meeting of the body in Port Harcourt, Chairman of the northern community in the South south, Alhaji Muhamadu Ali-Kwande lauded former governor Amaechi, describing him as one of the few courageous and transparent Nigerians President Buhari should have around him.

Alhaji Ali-Kwande recalled that Amaechi stood firmly behind Buhari during the presidential race to the point that people from his South South region called him all sort of names.

He stressed that it was now time for President Buhari to genuinely reward a man who gave him all the support even at the risk of his life,

“Amaechi almost lost his life because of his support for Buhari , he stood his ground for Buhari. He said he was supporting an Hausa man because of what past Hausa Presidents have done for the state. He said the former President did not do anything for the state so he will not support him.

Now it is the turn of Buhari to reciprocate. We thank Amaechi. And I believe that Buhari can’t forget Amaechi," he said, adding that some northerners voted for Buhari because of the support they saw Amaechi giving him.

Buhari should take care of Amaechi very well, he stressed.