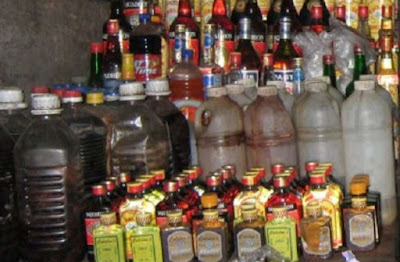 Rivers State government has banned the consumption of local gin popularly called Ogogoro, following the death of about 32 persons, 15 from Bonny Island and Woji in Obio/Akpor Local Government Areas, and the reported death of another 11 persons in Gokana Local Government Area, which included seven male and four females.

The ban by government was due to the increasing death toll from consumption of the alcoholic liquor and dog meat delicacy alleged to contain poisonous ethanol, which now stand at 32.

Why he explained that irate youths of Woji had set ablaze the shop of Friday Dickson, (aka Etiaba) where the suspected toxic gin was bought and consumed, erasing any samples of the gin, while the latter was currently in police custody.

He said preliminary findings revealed that some of symptoms found in the affected victims, includes vomiting and blindness.

In Bonny Island, a youth leader and spokesman for Bonny kingdom, Sunday Wilcox, confirmed on Thursday that the death of 17 persons after the consumption of the toxic local brew popularly kai-kai imported into the Island. “

“As I speak with you, 17 persons have been confirmed dead. We are going to the hospital to attend to those who are critically lying ill. We need the help of World Health Organisation, WHO, Federal and government agencies to assist people of Bonny kingdom,” he said.