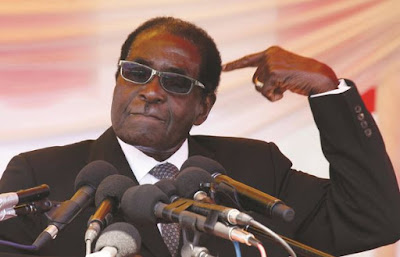 Johannesburg - Zimbabwean President Robert Mugabe blasted South Africa and Nigeria at the African Union summit this weekend, saying Africa would never agree to them getting permanent seats on the UN Security Council.

This was because they had both voted for UN Security Council Resolution 1973 in 2011, which authorised military action against the regime of Libyan dictator Muammar Gaddafi.

They had betrayed the continent which could never trust them, sources reported him as saying.

Mugabe intervened in a meeting of the so-called “Committee of 10” at the summit on Saturday which was discussing possible amendments to the “Ezulwini Consensus” which stated Africa’s position on reform of the UN Security Council.

The 2005 Ezulwini Consensus was that Africa should demand at least two permanent and five non-permanent seats on the council as part of the protracted, wider reform to make it more representative of the world.

The consensus also demanded that the two permanent seats should come with the same veto powers as were enjoyed by the five current permanent members, the US, UK, China, Russia and France.

This demand for vetoes had effectively stymied Africa’s chances of reforming the council. And so the South African government was calling for Africa to adopt a more flexible approach by dropping the veto demand.

This was what the so-called G4 group of nations - Germany, Japan, India and Brazil - who were also seeking permanent seats on the council had done, as a tactical manoeuvre to try to diminish resistance to their bid.

Last year South African President Jacob Zuma said: “Africa needs to compromise - not reiterate fixed positions as it has done for the past nine years.”

And he organised a retreat of African Foreign Ministers in February 2014 to review the Ezulwini Consensus.

But one regional official who was in the meeting said he believed that Mugabe’s attack on South Africa and Nigeria had seriously damaged South Africa’s case for reviewing the Ezulwini Consensus.

The official said Mugabe had not mentioned the two countries by name.

But it was clear to all in the room who he was referring to as he referred to African governments who had been on the UN Security Council when Resolution 1973 on Libya was adopted in 2011.

South Africa and Nigeria were both on the council at the time, occupying two of the ten, non-permanent, two-year seats. South Africa’s vote for Resolution 1973 was highly controversial even within South Africa.

But the South African government justified it on the grounds that a foreign military intervention was necessary to prevent Gaddafi’s forces slaughtering his opponents in their Benghazi stronghold, as he threatened to do.

Pretoria later condemned the Nato-led military coalition for going beyond the mandate which was to protect civilians, by helping rebels overthrow Gaddafi.

But South Africa suspects that countries like Zimbabwe are avoiding review of the Ezulwini Consensus and insisting on a hardline, maximalist position on UN Security Council reform because they don’t want bigger African countries like South Africa and Nigeria to get permanent seats on the council.