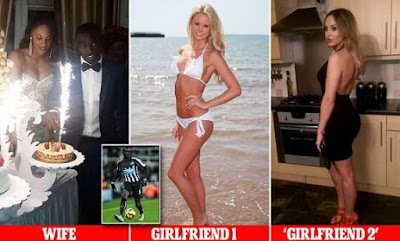 A soccer star is facing claims he got married abroad without telling his girlfriends back home.

Papiss Cisse was said to be in relationships not only with former Miss Newcastle Rachelle Graham, 24, but also dance studio boss Natalie Gibson

Cisse wed Senegalese volleyball beauty Diallo Awo in France on May 30 amid claims Rachelle had packed his bags for him three days earlier at his Tyneside home, unaware he was jetting off to his wedding.

Now claims have emerged he was also seeing Natalie, 24,who did not even know she was a footballer when she met him in a Newcastle casino around a year ago.

Beauty queen Miss Graham, 24, has already told of how she became worried when he failed to return her texts while abroad - and soon found pictures online of him marrying Miss Awa, 29. 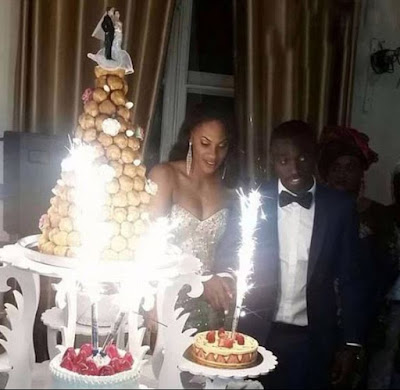 Natalie Gibson who saw the wedding pics online was shocked

"At the time he just said 'Papiss' and she thought 'who the hell is Papiss?,"

"But then she found out he was a footballer, and she was all over him like a rash. She is really, really pretty and has done modelling.It was a full-on relationship. She told her family, and everyone thought there were an item.He visited her mum's house, he was there taking baths and all sorts, they were with each other.She said they could not get married because of his religion, but the family thought he had proposed to Natalie. "Some of them said 'what is the point in proposing when you can't get married?But she thought he wanted to make a long term commitment. I don't know if he gave her a ring, but for her it was serious.She has her own dancing studio, has a good life, finding that out through the media is not a way to find out, it is awful.

"She is putting a brave face on it, she says she was not bothered and did not really care. How on earth can it go on for so long?

"He knew she was going away for a few weeks. It is no way to treat women. 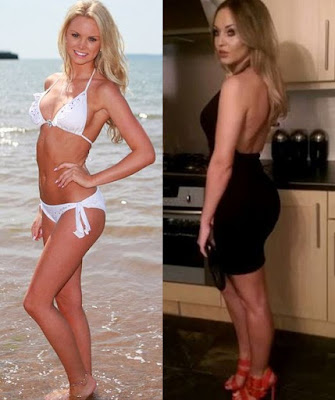 Miss Graham who says they have been dating since 2013 told The Sun:

'I'm hurt and disgusted to learn Papiss has got married without me knowing after we spent so much time together recently. But it's his life and if this is what he has chosen to do there is nothing much I can do about it. I just wish he had the decency to tell me first.'

Meanwhile, Miss Graham defended herself yesterday after being mocked on Twitter over her motives for going out with the player, saying she was not with Cisse "for his money" 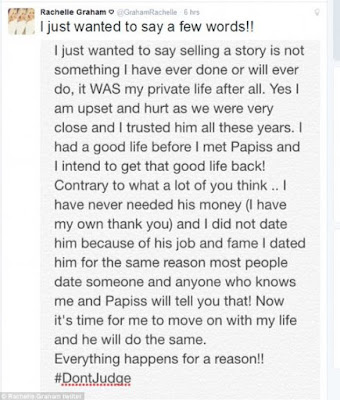 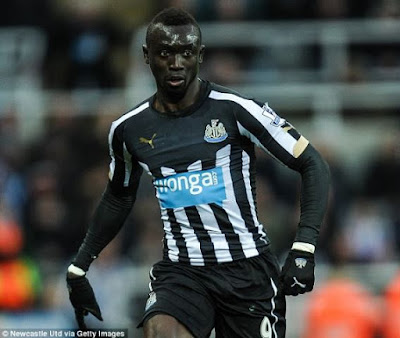 A friend of Cisse's told the Mirror:

"Rachelle is not his girlfriend and they have not been in a proper relationship for a long time.hey were not a couple, and that is why he did not tell her he was getting married.

But the £9million Newcastle United striker's rep has insisted he did NOT have a girlfriend when he married Diallo Awo in France. 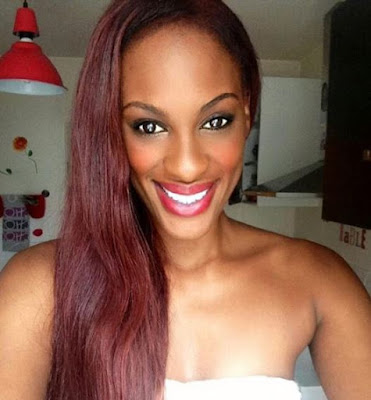 The one who got the ring 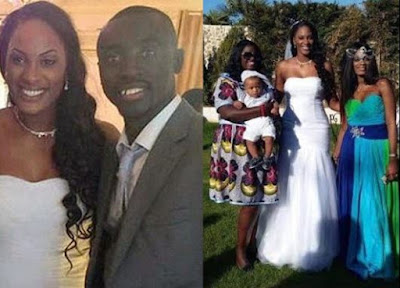