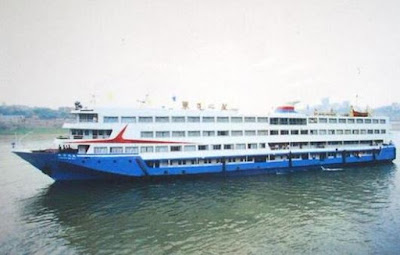 More than 400 people are missing after a Chinese passenger boat sank on the Yangtze river after being hit by what the captain described as a cyclone.

At least 458 people were travelling on the Dongfangzhixing, or Eastern Star, vessel when it went down at around 11pm on Monday night not far from the city of Jingzhou in Hubei province.

Eight people have been rescued Tuesday morning with heavy rain and strong winds hindering the work of emergency teams.

Eastern Star had been travelling from Nanjing, the capital of Jiangsu province, to the south-western city of Chongqing when the incident happened, according to Xinhua, China’s official news agency.

Seven of the survivors swam to shore and alerted authorities of the sinking.

After encountering extreme weather conditions that crew members described as a cyclone the ship “sank quickly”.

Initial reports said there were 405 Chinese passengers, five travel agency employees and 47 crew members on the ship.Most of the passengers were aged between 50 and 80, the Hubei Daily newspaper reported.