Stop trying to win me back! Karrueche calls out Chris Brown on Instagram 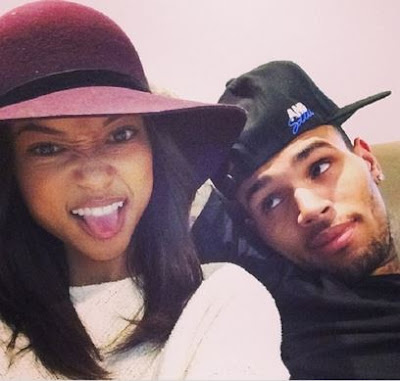 Karrueche took to Instagram to call out Chris over an interview he had with Ryan Seacrest..The interview was Chris basically saying he has moved on now despite the fact that he loves Karrueche.. Maybe Chris has privately called her out for talking about him in interviews..

"First off @chrisbrownofficial you just did an interview w Ryan Seacrest in which you spoke about me. My interview w Access Hollywood was not entirely about you.. they asked a question and as a mature adult I answered. I'm not gonna shy away from something that I lived through. I'm talking about my life and experiences. I'm not speaking on you or bashing you (like I easily could). Don't be mad at me because our relationship is over due to your lack of loyalty. You know what's weak?? You forcing yourself into my car.. my broken window.. blowing up my phone.. trying to shower me w gifts.. Man the fuck up and change the bs in your life like I've told you several times. Since you want to hear about my career - check out @vanityseries every Thursday on StyleHaul.com.. Emmy winning @thebaytheseries this Sept and 3 Headed Shark Attack on SyFy next month. Best of luck to you and beautiful Royalty"

...I feel so pity for helpless Chris Brown