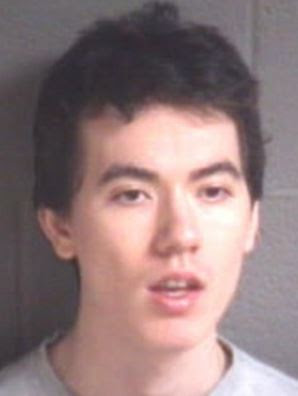 A 19-year-old who said he wanted to support ISIS by killing as many as 1,000 Americans has been arrested after his dad alerted authorities.

Federal authorities were first made aware of the teen's alleged plot when his father, Richie Sullivan, told emergency dispatchers on April 21 that his son was destroying religious items in their home.

'I don't know if it is ISIS or what, but he is destroying Buddhas and figurines and stuff,' Mr Sullivan, a former Marine, said, according to the criminal complaint filed on Monday. 'I mean, we are scared to leave the house.'

In the background of the call, his son was heard asking: 'Why are you trying to say I am a terrorist?'

When an undercover FBI employee made contact with Sullivan on June 6, the teen told him via email that he was a a Muslim convert, according to court documents. 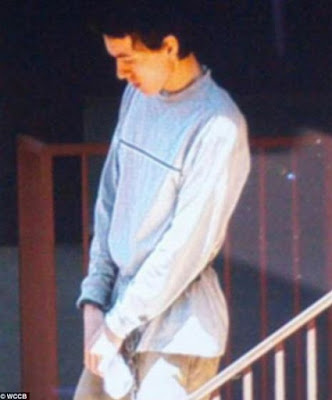 I liked IS from the beginning then I started thinking about death and stuff so I became Muslim,' he said, according to the complaint.

'Even if we get someone in the arm they'll still die because of the poison,' he allegedly said. 'It's vengeance.'

He also told the undercover federal worker that he planned to buy a semi-automatic rifle on June 20 at a local gun show so he could carry out his murderous plan, according to the criminal complaint.

'Our attacks needs to be as big as possible,' he allegedly said. 'We can do minor assassinations before the big attack for training.'

At first he told the FBI that he didn't mean to go through with his plans, but then he said he planned the attacks between June 21 and June 23 because his parents would be out of town.

He claimed that he had looked for possible targets in the online Yellow Pages and had asked the undercover agent to kill his parents.

He also asked for the undercover worker's help with obtaining a silencer.

Sullivan also allegedly promised to send the agent money to kill his parents and to recruit others to the 'Islamic State of America.'

Authorities went to his home on Friday and took him into custody without incident. At his home, they found a silencer, according to the court papers.

We are scared to leave the house

Justin Sullivan's father during call to dispatchers in April

He is charged with supporting a terrorist organization and weapons charges. If convicted, he could get up to 40 years in prison and a $500,000 fine.