Teenager takes selfies as she has sex with dogs 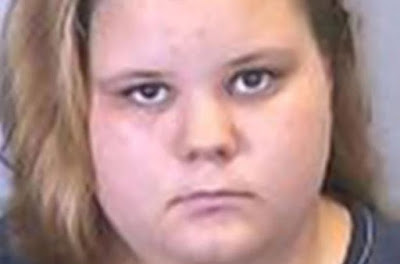 A teenager has reportedly admitted taking selfies as she had sex with a dog in her grandma's house. Ashley Miller is said to have told police how she coaxed her dog, a pit bull called 2-face, into performing a sex act on her between 30 and 40 times over the past five years. Officers have also indicated she admitted to making her previous dog, a pit bull-Rottweiler cross named Scarface, perform oral sex on her.

Miller, from Bradenton, Florida, has been charged with two counts of sexual activities involving animals after police discovered the vile images on her mobile phone.
Ashley Miller, 18, from Florida, took pictures of herself engaging in sexual activities with a Pit Bull (dog posed by model)

According to court documents, she told officers that 2-face lives at her grandma's house, also in Bradenton, a city in Manatee County.

Miller insisted she never forced the dog into any sexual act, adding that she never touched 2-face sexually.

The acts always took places when one of her family members was in the house, although they had no idea about what was going on in the bedroom, Miller said.

Miller told officers that fewer than 10 of the acts occurred after she turned 18 in February.

A vet has indicated that 2-face showed no sign of injury when she checked her out.

Miller is due to appear in court next month. 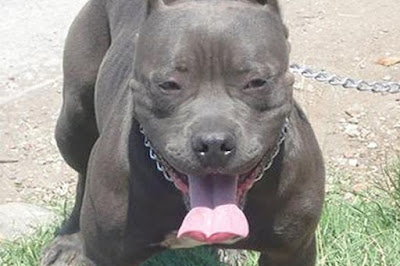