We are still in control - Boko Haram swears in new video 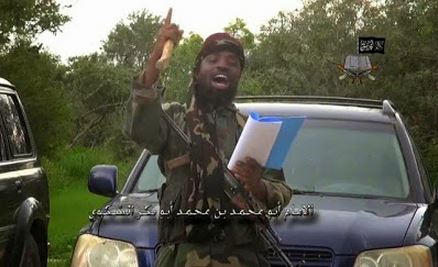 Boko Haram has released a new video on Tuesday, rubbishing the military's claims that,they have been ousted from Sambisa forest .The video does not show the group's leader, Abubakar Shekau,but an unidentified speaker who calls Nigeria, Cameroon, Chad and Niger, "the lying coalition partners".Speaking in Hausa, he said

"Most of our territory is still under our control,The armies claim through the media that they captured our towns and that they assaulted Sambisa (forest) and defeated us,

"I swear by Allah that I am talking right now from Sambisa... Here in Sambisa you can travel more than four to five hours under the black flag of Islam by car or by motorbike,"

The latter parts of the video include depictions of gruesome violence, including executions of apparent civilians and one man in a Nigeria police uniform, who are shot at close range.

The video bears the logo "Islamic State in West Africa"