Wike set to sack over 13,000 workers employed by Amaechi 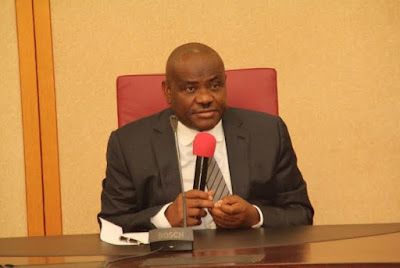 Governor Nyesom Wike is set to sack 13,000 workers employed by his predecessor, Rotimi Amaechi. This comes as Rivers House of Assembly passed a resolution empowering the Governor to sack the board of the State Civil Service Commission accusing them of breaching the rules and illegally employing workers into the state Service.

The Rivers lawmakers passed the resolution on Tuesday after grilling the Chairman of the Service Commission, Mr Ngo Martins Yellowe on the floor of the House based on petitions accusing the Commission of not passing through due process before employing workers in past three years.

Yellowe, however, told lawmakers that the Commission under his leadership obeyed the constitution and laws guiding employment into the service.

The Rivers State Independent Electoral Commission, RSIEC, Chairman Prof Augustine Ahiazu was invited to answer questions about how local government election was conducted. Thereafter a resolution was passed mandating Governor Wike to sack the Commission.Wike sacked RSIEC the next day.

Similarly, the Rivers State Judiciary Service Commission suffered same fate after its members were invited to the floor of the House.

The fears of over 13,200 teachers in the state, over 400 doctors and nurses employed by the former Governor Amaechi is palpable if they fall into the category of workers adjudged to have been wrongly employed into the state civil service.