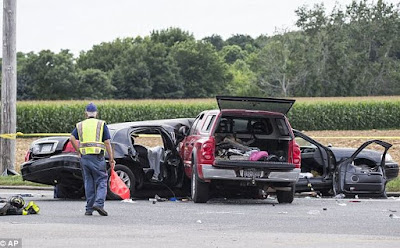 4 bridesmaids were killed and at least five other people were seriously injured after a limousine was hit by a pickup truck during a suspected DWI on Long Island in New York wine country.

A law enforcement official said the extended cab truck T-boned the limo, which was carrying seven or eight women, along Route 48 around 5pm Saturday in Cutchogue on Long Island's North Fork.

The victims' names have not been released but they are thought to be from the New York City are Police say an intoxicated driver was arrested after his pickup up truck slammed into a limo causing a crash that killed four woman and seriously injured two others on the eastern end of Long Island Saturday evening. 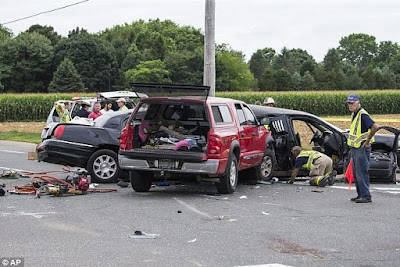 The crash happened around 6 p.m. in Cutchogue on the North Fork of Long Island.

The limo driver, and seven women who were part of a bachelorette party, were in the limo which had just left Vineyard 48 Winery, located on Route 48, CBS2’s Dave Carlin reported.

Officials told Carlin the limo left the winery and was heading eastbound on Route 48 when it attempted to make a U-turn westbound. The truck then apparently t-boned the limo.

3 woman died on impact and another woman died a short time later at Taconic Bay Hospital. All were bridesmaids. 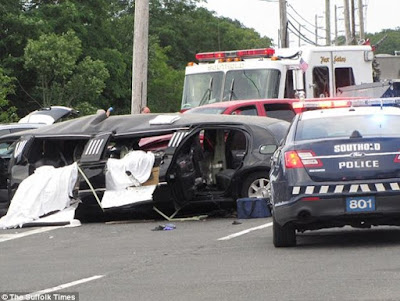 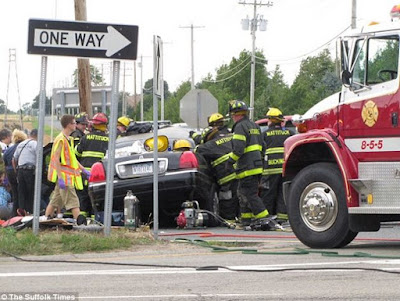 The police chief said it was one of the worst accidents he has ever seen. The crash was so violent, it nearly cut the limo in half, Hall reported.

2 of the other women, including the bride, are in critical condition. The limo driver is expected to survive, officials told Carlin.

The driver of the truck was transported to the hospital for lacerations on his face. Police tell Hall the driver was arrested for driving while intoxicated. His identity has not been released either.

Neighbor Diana was on the scene shortly after the crash.

“It’s so sad because I heard that the girls in the limousine may have been around for the bachelorette party so you know something like that happening .. It’s insane,” Diana said.