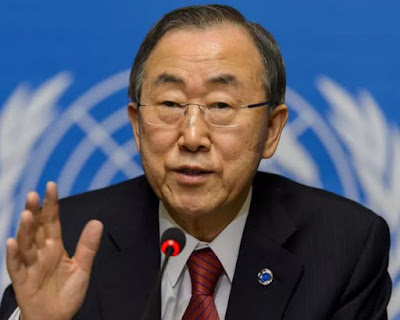 The Secretary General of the United Nations, Ban Ki-moon, has said that the AIDS epidemic can end in 15 years.

Senior officials in the UN however, said this ambitious projection of the disease ending by 2030 is achievable if the pharmaceutical industries “tight grip” on government policies is relaxed.

The secretary general in a report said: “Ending the AIDS epidemic as a public health threat by 2030 is ambitious, but realistic, as the history of the past 15 years has shown.”

Efforts are being made to make it possible for everyone to have access to treatment and support.

Michel Sidibe, the executive director of UNAIDS, said in the report that: “During the first decade of the epidemic, there was very little to offer someone dying from AIDS.”

The Punch reports that 15 million people are receiving antiretroviral treatment for HIV/AIDS, which is considered a remarkable increase from less than 700,000 in 2000.

During that period, patients had to take about eight pills per day, which cost $10,000 a year. The case is, however, different now as the drugs can be purchased for as low as the price of 1% of the old price.

Statistically, the report said AIDS-related deaths have dropped more than 40% since 2004 to 1.2 million a year, while new HIV infections have dropped by 35%.

Meanwhile, according to North Korean state media, scientists have developed a vaccine for ‘malicious infections’, including a respiratory disease currently sweeping through Asia.