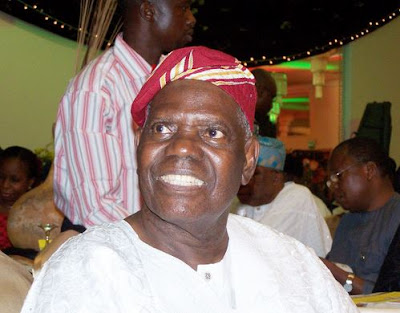 There were fresh facts on Tuesday indicating that the national caucus meeting of the All Progressives Congress scheduled for Monday was cancelled because of the suspicion within the party.

APC leadership called off the meeting because of reported anger of some leaders of the ruling party in the north at insinuations by Chief Bisi Akande that they were behind the crisis in the party.

Akande, a former interim national chairman of the APC, had in a letter made public on Monday alleged, among other things, that, “Most Northern elite, the Nigerian oil subsidy barons and other business cartels, who never liked (President Muhammadu) Buhari’s anti-corruption political stance, are quickly backing up the rebellion against APC with strong support.”

A member of the party’s caucus from the North-East geopolitical zone, who spoke on condition of anonymity because of the sensitivity of the matter, said it would have been a rancorous session if the caucus meeting had held in what he described as “such an atmosphere of mutual suspicion.”

The party leader, who in fact said he would have spoken on the record if not for the fence- mending efforts being made by other leaders of the party, said, “We (northerners) are unhappy about Chief (Bisi) Akande’s outburst. It was unnecessary because we are all trying to put out a fire that is threatening to consume our house. And when you have a respected leader and elder making such unguarded statements it does not help.

“I personally hold Chief Akande in high esteem but what he wrote in that letter was nothing short of an insult on our collective sensibilities. How can you single out a section of your party and call them criminals who were supporting rebels to destroy the party we all built? This is most unexpected and uncharitable to say the least.”

Also, a chieftain of the APC, Alhaji Kawu Baraje, on Tuesday, described as unfortunate, the statement by Akande.

Baraje, in a statement in Abuja, said he was disappointed that Akande who had led the party and served as a state governor could author a statement in which he was allegedly seeking to divide the nation by setting the North against the South-West.

The APC leader, who once served as the national chairman of the Peoples Democratic Party, said, “I do not know where Chief Akande and his cohorts are getting this unsubstantiated information they are circulating. We challenge them to provide proof and let Nigerians make their judgment.

“Akande and co believe that they have exclusive right to determine who occupies what position in today’s Nigeria and whoever tries to challenge their position must be subjected to savage attack in the media. That tactic is definitely undemocratic.

“I have known Chief Akande to be an honest man. I got the shock of my life when he alleged that I had a meeting in my house with ‘some old and new PDP members with a view to hijacking the National Assembly’ through the aspiration of Dr. Bukola Saraki as the Senate President.

“I have been quiet as a leader so as to not to be seen as taking sides because of my closeness to Dr. Saraki, else people will read meaning into it.

“He (Akande) supported the view of the governor from the North-West that the particular leader from the South-West should be admonished for his action. It is therefore surprising that Akande is now being economical with the truth and painting a picture that exists only in his imagination.”

Baraje said the allegation by Akande that a purported meeting took place in his (Baraje’s) house after the general elections, where “a so-called new PDP group plotted with a view to hijacking the National Assembly…with an ultimate aim of resuscitating the PDP as their future political platform” was a mere fabrication.

Our correspondents learnt that renewed peace moves were being made in the party and that the party leaders were hoping that they would before Friday achieve an atmosphere conducive to holding the APC NEC meeting.

The APC NEC meeting was shifted from Tuesday (yesterday) to Friday to enable party leaders to engage in further consultations.

A top member of the APC National Working Committee, who did not want his name mentioned, said that the meeting was postponed to allow tempers to go down.

“All leaders are in touch with one another and I can assure you that the crisis will be resolved on Friday,” the party source said.