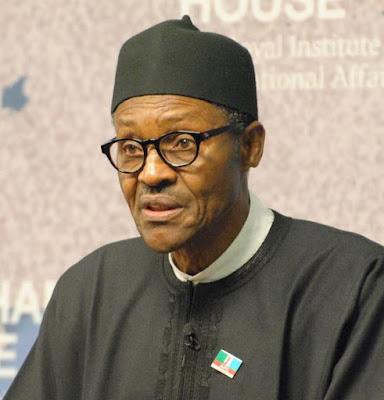 Nigerians especially those from the Southern part of the country on Friday, expressed concern over the appointments made so far by President Muhammadu Buhari.

They said the appointments were lopsided and not in the best interest of the country.

President Buhari is from Katsina State, Senate President Bukola Saraki and House of Representatives Speaker, Yakubu Dogara, are from Kwara and Bauchi states respectively. The judiciary is led by Justice Mahmud Mohammed from Taraba State.

Of the nine appointments made by Buhari so far, eight are from the North, while one is from the South. The appointments are: Director-General of the State Services, Lawal Daura, Katsina State; Acting Chairman, the Independent National Electoral Commission, Mrs. Amina Bala Zakari, Jigawa State; Director, the Department of Petroleum Resources, Mr. Mordecai Danteni Baba Ladan; and the Accountant-General of the Federation, Alhaji Ahmed Idris, Kano State.

The appointments, however, drew the ire of Nigerians who asked Buhari to respect the country’s principle of federal character.

Already, the Internet, particularly the social media and blogs, are agog with reactions and counter-reactions on the matter.

As of the time of filing this report, the story- Buhari sacks DG DSS, service chiefs may go- had been read by 30,722 Nigerians on the PUNCH website, some of who expressed anger over the development.

While describing the President’s actions as worrisome, the YUF Secretary-General, Senator Anthony Adefuye, warned that the earlier the situation was reversed, the better, adding that the YUF would not expect the North to marginalise the South.

He said, “The fact that the President, Senate President and the Speaker of the House of Representatives are from the North is worrisome. There is no way the North can take all the principal offices and leave the deputy to us. It has never happened before and the earlier it is reverted, the better.

“There is no way that can continue because the South is not subordinate to the North. The think tank committee of the YUF will meet soon to look at the issue and see how it affects the Yoruba people. However, the development is a wrong signal that must be corrected.”

“What is more worrisome is that the immediate past INEC Chairman, Prof. Attahiru Jega, handed over to a Southerner but the Presidency changed it to a Northerner. We are watching and waiting to see what comes out of this new government.”

The National Publicity Secretary of Afenifere, Mr. Yinka Odumakin, said the group was watching the President’s actions and taking note of them.

Odumakin, who spoke with one of our correspondents on Friday, said,

“We have taken a position in Afenifere to watch the President’s actions before we begin to make comments. By the time we have a clearer picture of what is happening in the first 100 days of the President in office, we are certainly going to make a comprehensive statement.”