ASUU might go back on strike Over 13 months unpaid salaries 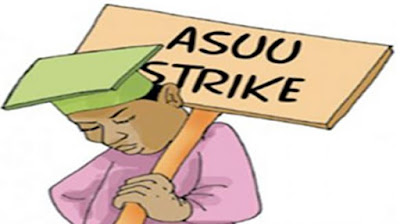 The Academic Staff Union of Universities (ASUU), LAUTECH chapter has lashed out at the Oyo and Osun States for owing workers over 13 months salaries.
The union demanded regular payment of salary from monthly governmental subventions and not from the internally generated revenue which is supposed to be used for other welfare and development projects.

While lamenting that there has been no visible projects on the campus in the last five years, Dr Oyebamiji said the projects visible on the campus are products of ASUU struggles and TETFUND interventions‎.

Warning of imminent industrial disharmony between the workers and the government’s of the two owner-states, ASUU wondered whether Governors Abiola Ajimobi and Rauf Aregbesola ‎forgot their promise to “spend the necessary monies on LAUTECH to turn it into a model university among its peers.”

According to ASUU, the 0yo and Osun governments have abdicated their responsibilities of providing funding as expected for the university whether capital or recurrent.

ASUU therefore called for a sustained response towards capital projects in the university while asking for definite payment of owed salaries as well as the approval of payment of Academic Earned Allowances to the deserving workers.