Boko Haram is Out to Destroy Islam – Sultan 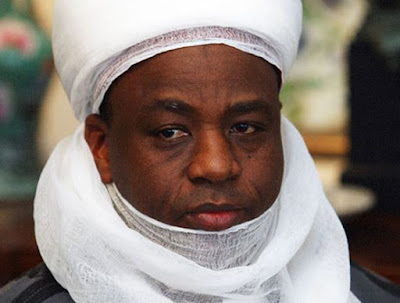 The leader of the Muslims in Nigeria, Alhaji Sa’ad Abubakar III has said the Boko Haram sect was out to destroy Islam in the country.

Abubakar, who is also the Sultan of Sokoto and president general, Nigeria Supreme Council for Islamic Affairs (NSCIA) made this known on Monday night, July 13, during a Ramadan dinner he hosted for members of the Nigeria Union of Journalists (NUJ), Sokoto state chapter.

He denied claims that the dreaded sect was carrying out their violent activities for the sake of Islam, saying they were against the religion of Islam since it means peace, Leadership reports.

Abubakar said: “The Boko Haram people, their ideology as well as their activities are not Islamic in any way and they are not aimed at strengthening Islam, but rather to destroy it. We as Islamic leaders must, therefore, condole with the families of all those who are victims of Boko Haram’s senseless activities. We are also consoling Nigerians over the senseless killings of innocent people in the past one week in Kano, Borno, Yobe, Plateau and Zaria, among others. And I am calling on all our elected leaders to urgently do something about this menace so that Nigerians can go back to their normal lives in a country which is free.”


According to the Sultan, the Muslim leaders were worried that the sect was going against the religion.

He therefore called on the insurgents to have a rethink and comprehend the true meaning of Islam, saying there is no compulsion in religion and nobody can Islamise Nigerians.

The Sultan urged elected leaders to act speedily towards curbing the Boko Haram menace, while advising Nigerians to complement government’s efforts towards ending the menace of the insurgents.
He added that he would continue to work for sustenance of religious harmony in Nigeria.

The Nigerian government has been trying everything possible to curb this menace called Boko Haram. In recent times, the sect has renewed its attacks and has been bombing different places on a daily basis.

On July 13, a suicide bomber suspected to be Boko Haram member attacked the main checkpoint on the suburbs of Maiduguri, the Borno state capital.

That same day, the insurgents carried out another attack in Monguno local government area, shooting locals and slitting their throats.