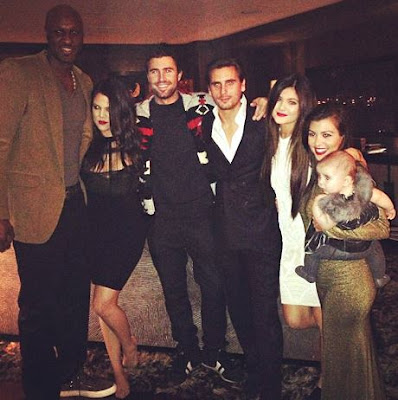 Brody Jenner has reacted to Kourtney Kardashian and Scott Disick's recent breakup after 9 years and three kids While He made his thoughts known on NBC's Today show as he promoted his upcoming E! series, Sex With Brody

"Obviously, Scott has gone through some issues in the past, "He's worked through them."Honestly, when I saw those pictures, I went, 'Uh-oh. This isn't good,It's unfortunate."

As E! News reported Monday, Kourtney "dumped" Scott "after she saw the pics" of her boyfriend of nine years with Chloe in Monte Carlo. Making matters worse, Scott

"hasn't been home after a month-long party binge," and he "has been running around saying he's single."Kourtney has always taken Scott back and been by his side, but now with three kids it has gotten old," said a source. "Kourtney has to do what's best for the kids."