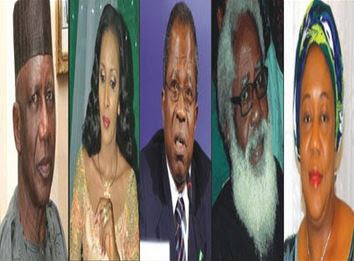 The call of duty is over for top ranking members of the Peoples Democratic Party (PDP) who were appointed ambassadors by former President Goodluck Jonathan.

They were recalled home last night by President Muhammadu Buhari after three years of service abroad.

Authoritative sources said last night in Abuja that the Permanent Secretary, Ministry of Foreign Affairs, had communicated the President’s directive to the affected ambassadors.

They were told to hand over to the highest ranking officer in their various locations.

A Presidency source confirmed to The Nation that some of the ambassadors including the envoy in Saudi Arabia were already on their way back to the country at press time.

The source said: “the President has issued a directive to the Permanent Secretary in Ministry of Foreign Affairs to recall all the political appointees currently serving as ambassadors in all parts of the world. It doesn’t matter whether they have just few months to the end of their tenure.

“I am sure the envoy in Saudi Arabia is already on his way and quite many others should be reporting to the ministry by Monday. I really don’t have a comprehensive list of the number of people that are affected but they are posted in different continents mostly in key European, Asian and American countries.”

The sack is the biggest since President Buhari assumed office on May 29.

Their nominations were endorsed by the Senate on Wednesday February 8, 2012, nearly two months after former President Jonathan submitted their names.

The ex-President in a letter to the then Senate President, David Mark, requested that in line with section 171(1) C, sub-section 4 of the 1999 Constitution of the Federal Republic of Nigeria as amended, the Senate should consider the list, hoping that “this exercise will receive the usual kind expeditious attention of the Distinguished Members of the Senate of the Federal Republic.”

Of the 88 nominees sent to the Senate by Jonathan, only 87 appeared before the screening committee, while 84 passed the screening. Two of the nominees, Mrs. Sifawu Momoh, Edo; and Mazi Okafor Ojih, Ebonyi, could not scale the screening as the Senate Committee on Foreign Affairs did not recommend them for confirmation.

Mrs. Bianca Ojukwu, who was nominated to represent Anambra State on the list of non-career category, did not appear for screening but was confirmed nonetheless, her nomination coming barely a week after her husband died in a London hospital.

Maduekwue was nominated by Jonathan following his ouster as National Secretary of the party in what observers said was a move to placate him.

Kamson, Njeze and Arapaja had all failed to secure the party’s governorship tickets in their states.

The recall of Ambassadors serving in foreign missions is a routine exercise especially where there is a change of guard at the federal level.