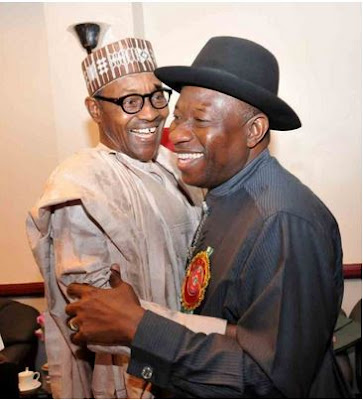 In an interview with Vanguard, presidential media adviser Femi Adeshina confirmed that president Buhari is planning to probe the administration of former president Goodluck Jonathan

He (Buhari) has said it that money in billions of dollars will be recovered. But you know the world is too small a place for anybody to hide if you are running from justice. You will be fished out. So, there is no need that you say they should not be heading for jail if eventually the law goes after them. Very few countries can they hide in and how long will they hide? So, it doesn’t mean that anybody that has ill gotten wealth will not regurgitate it. They will. Remember when he went to Germany for the G7 summit, he met with President Obama and Obama told him to just give us information on where the loot is hidden and we will help you recover it and the government has been working on that. So, that shows that looters will never go free" he said

"He can’t afford to go too deep into the past or else it will be destructive for his administration. There are some things you can’t close your eyes to while you don’t want to shine the torchlight into the dark recesses of our past; immediate past where things are evident. The Yoruba have a saying that the corpse we buried, the leg is sticking out and, if you bury a corpse and the leg is sticking out, you can’t pretend. When there are trails all over of the monies in billions and trillions, then a responsible government can’t close its eyes to that.