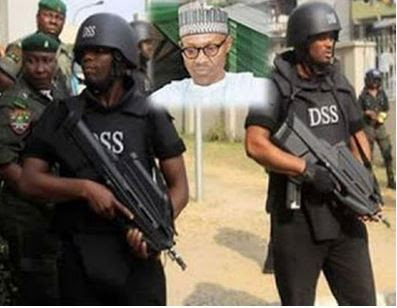 Apart from demoting Ms. Ogar, the acting DSS director general also directed the demotion of numerous other officers of the agency who were just promoted in March in what was seen as a politically motivated exercise.

Ms. Ogar was seen as a controversial official of the DSS who often made statements that were deemed partisan. Her promotion was viewed as a reward for doing dirty political jobs for former President Goodluck Jonathan and members of the Peoples Democratic Party (PDP).


Promotions of officers in the DSS are usually done at the end of each year, but Ms. Ogar and 44 others were promoted last March. Even so, their promotion was not made public until May.

SaharaReporters learned that Ms. Ogar is currently on vacation, and is reportedly visiting her children resident in the US. In addition to her premature promotion, Ms. Ogar was was also offered a generous scholarship to do a PhD in the UK, according to one source at the agency.

Mr. Daura also fired Abdulrahman Mani, the chief security officer to President Muhammadu Buhari and immediately replaced him with Bashir Abubakar, an assistant director in the Bayelsa State command of the DSS.

Mr. Mani was then posted to Ebonyi State