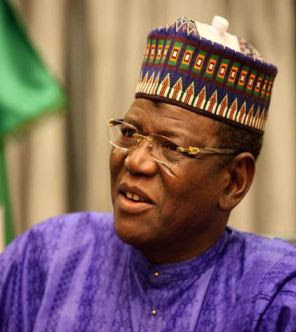 The Economic and Financial Crimes Commission has rearrested a former Jigawa State governor, Sule Lamido, and his two sons Aminu and Mustapha over fraud running into billions of naira.

The ex governor and his sons are said to have been moved to Kano for arraignment in court either Wednesday or Thursday.

The spokesperson for the EFCC, Wilson Uwujaren, confirmed the arrest of the former governor.

In November 2013,Mr. Lamido’s sons were arrested in Kano and flown to Abuja..He was not arrested because he enjoyed immunity as a governor ..Lamido surrendered himself to the commission at the end of his tenure on June 15.They were accused of using their positions to siphon Jigawa State funds,using construction firm, Dantata and Sawoe.The firm is said to have paid N1.3 billion as 10 percent kickback for contracts it won, into accounts owned by the governor and his sons.

During his tenure as governor between 2007, and 2014, Dantata and Sawoe Construction Company was awarded contracts amounting to N13.5 billion.