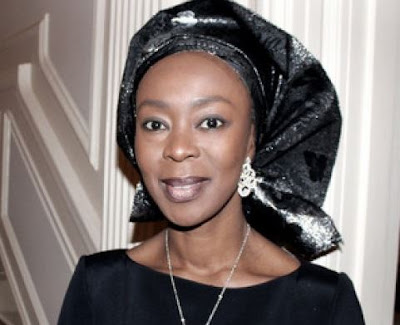 According to a breaking news report by Premium Times, wife of Senate President, Bukola Saraki, Toyin Saraki and one of the daughters of former President Umaru YarÁdua, Zainab Dakingari have been invited by the EFFC over alleged fraud and money laundering.

Mrs Toyin Saraki is being invited by the antigraft agency to answer questions regarding some alleged questionable flow of income into some companies which she has interest in. PT reports that Mrs Saraki is due to appear at EFFC's headquarters on July 28

Zainab Dakingari who is married to the ex-governor of Kebbi state, Saidu Zakingari is being invited by EFFC to answer questions on an alleged N2 billion fraud which was carried out during her husband's tenure. Zainab was meant to appear before EFCC team today but deferred her appointment till July 27th as she is currently out of the country.

When contacted, EFCC spokesperson acknowledged that new fraud suspects have been invited by the agency

"I’m aware that a new set of suspects w‎ere recently invited. It’s not impossible the two women are among them.” he said

The efcc should leave them alone