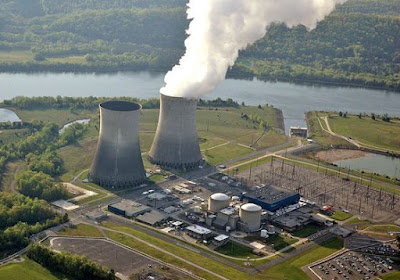 STAKEHOLDERS in Akwa Ibom State have rejected the plan to site of a nuclear power plant in the state.

Instead, they called on the Federal Government to partner with the state at ensuring that, the independent power plant is put to maximum use for the benefit of all.

Speaking at a press conference in Uyo, the state capital, they wondered that, if the International Atomic Energy Agency [IAEA] had warned that, Nigeria was nor ripe to handle nuclear issues for now, the country would insist in venturing into it knowing the dangers associated with it.

Speaking on their behalf, Senator Anietie Okon noted that for the past 40 years, the Federal Government had not sited any industry in the state, stressing that if the government had intended to do so now, it should not be a nuclear power plant with extreme disaster potentials.

Accompanied by the people of Itu Council Area where the said nuclear plant is said would be located, the people stressed that, Akwa Ibom people, nay Nigerians are opposed to the project because of the disastrous consequences always associated with the failure of a nuclear plant.

“After proper examination of the pros and cons of the project, tapping the knowledge of experts on nuclear technology and related disciplines, we had no option than to brace up to oppose to the fullest and say empathically and without any question that it is not welcome in our state.

“Our opposition to the location of the plant in our state is not borne out of ignorance of the benefits of the project, but more because of the peculiar experiences in our country and the disastrous consequences those failures of nuclear plants have brought to even more discerning climes.

“We ask ourselves what the fascination is with the project and what the intensions of the promoters are. These questions are asked bearing in mid that the International Atomic Energy Agency had warned that Nigerian does not possess the right competences to handle nuclear issues. Technical impact assessment at the international level also indicated that nuclear plant is not suitable for Nigeria for now; for obvious reasons,” they asked.

According to them, government should through deliberate efforts explore other means of power generation, which the country is endowed with and should have thought of resorting to nuclear only where all other alternatives had been exhausted.

Besides, they observed that, the country should not feign ignorance of the fact that, even those countries with well thought-out plans for nuclear power, its failure always resulted in monumental disaster with any slightest mistake.

“This is a country not known for taking environmental impact assessment seriously; the slightest false-step in the nuclear project would result in monumental disaster. We do not want that disaster here in our state. It is one of the strongest reasons why the opposition to the location f the plant in our state is emphatic and would remain decisive.