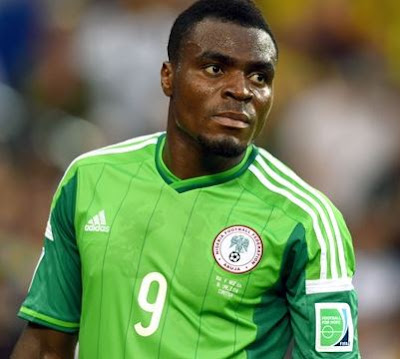 Super Eagles striker Emmanuel Emenike has sensationally told Fenerbache coach Vitor Pereira that he is a Muslim. Emenike failed to join the squad up for breakfast on Saturday, prompting the Portuguese to probe his absence on why he didn’t join up with the squad in the morning:

“I’m fasting,” Emenike reportedly told the coach according to Turkish daily Fanatik. Pereira however replied: “You’re not a Muslim,” insisting that Emenike is a Christian.

But in the response, the former Spartak Moscow player did not back down. “I became a Muslim, I am a Muslim,” he continued to claim. Emenike is yet to feature for Fenerbache in their two pre-season games so far.