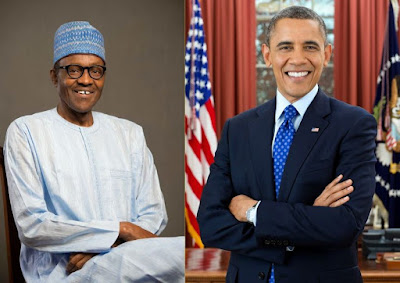 The way Nigerians would impeach Buhari if he dares it would be legendary.

Human Rights Watch wrote to Obama ahead of President Buhari’s visit to the U.S asking him to discuss violence and corruption in Nigeria and make Buhari endorse gay rights.

In a letter dated July 15, 2015 signed by its Executive Director, Kenneth Roth, the international rights organization said, "In a country where LGBT rights were already under threat, the Same-Sex Marriage (Prohibition) Law, which President Jonathan ratified in January 2014, has entrenched discrimination even further. The new law criminalizes public displays of affection between same-sex couples and penalizes organizations advocating for the rights of LGBT people. The law could inhibit the right to health by criminalizing outreach to LGBT groups.
The vaguely worded law contradicts Nigeria’s Constitution, as well as its obligations under regional and international human rights treaties, including the African Charter on Human and Peoples’ Rights and the International Covenant on Civil and Political Rights. Given the high priority your administration has assigned to LGBT issues, we urge you to call on Buhari to repeal the Same-Sex Marriage (Prohibition)"

GMB Readers, just for gist sake, what would you do if Buhari actually implemented gay rights?