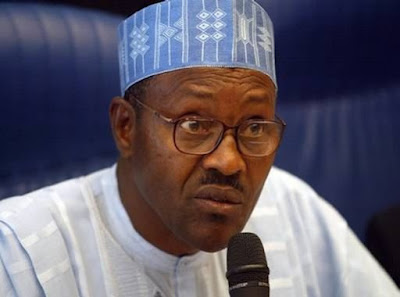 President Muhammadu Buhari has assured that his administration will ensure that all cases of political assassinations, intimidation and kidnappings are thoroughly investigated and the perpetrators speedily brought to justice.

This information is contained in a statement issued in Abuja on Saturday by the President’s Special Adviser on Media and Publicity, Mr Femi Adesina.

Adesina said that the president gave the assurance while addressing state chairmen of the All Progressives Congress (APC) at a parley in the Presidential Villa, Abuja.

The statement quoted President Buhari as saying that he remained fully committed to providing a level playing field for all Nigerians to get on with their daily lives or participate in electing their leaders without fear of intimidation.

The president said that his administration would continuously strengthen Nigeria’s criminal justice system to curb the reign of injustice and impunity in the country.

"At every point, the law must be supreme and everyone must respect the law if our democratic system is to survive. Injustice cannot survive for long. Justice will ultimately prevail," the president said.
He said that government would ensure that those saddled with the responsibility of ensuring justice and equity did not rest on their oars.

According to the president, the only way the nation can sustain its democracy is to ensure that the law remains supreme at all times.

"If the law is upheld, people will have confidence that they can vote for who they want to vote for without intimidation or threats. People must have protection to exercise their rights freely or we could be headed for anarchy.

"The police and the judiciary must ensure that justice is done in the country. We won’t allow impunity to continue in certain states where the rights of the people are being violated.

"I have a personal commitment to fair play and respect of personal rights. This government will do all that is possible to enforce that.

"My address to National Executive Council of the APC was very clear. We are now in the frontline. We are the party in government. We must lead by good example and consolidate on the gains of our democratic system," President Buhari said.

The president urged the chairmen and other political leaders in the country to keep to prescribed legal processes for the resolution of political disputes.

He enjoined them never resort to violence, criminality and other forms of unacceptable behaviours in seeking redress for any perceived injustice.

He also called on the state chairmen to work with the party’s elected officials to ensure that the APC delivered on its promise of better living conditions for all Nigerians.

The leader of the delegation and Chairman of the APC in Kano State, Umar Dogowa, said that the APC state chairmen we re on a visit to the Presidential Villa to reaffirm their support for Buhari and his administration.