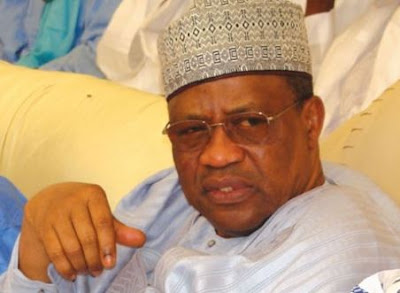 The General said the fight should be well coordinated by the military and carried out day and night to bring the insurgents to their knees.

He also called on all Nigerians to unite against the insurgency which has claimed many innocent lives in the northern part of the country.

He conveyed this in his Sallah message yesterday to express his warm wishes to all Muslims at home and abroad for the successful completion of the 30-day Ramadan. He regretted that the continued killing by the insurgents had dragged Islamic in the mud. He condemned the dastardly acts.

He said Islam which he was born into, some 74 years ago, is a very peaceful religion that preaches brotherliness and togetherness, adding that it encourages love, affection and respect for neighbours and mankind. According to him, it is one religion that has an abiding influence on its adherents to cooperate with one another and promote peace in their respective communities.

He also prayed God to touch the hearts of the insurgents so that the untoward act of bloodletting will permanently cease.

“As much as one would have appreciated our efforts as devout Muslims who have observed the obligatory month of Ramadan, the incessant killings and bloodletting by members of the Boko Haram leave a sour taste in my mouth. For want of no discernible ideology, they have continued to portray Islam in very bad light, making members of other religions to perceive us with scorn.

“Events in the last four weeks have continued to raise our adrenaline, in a season of apprehension and utter suspicion, about our security engagements and the sum total of our collective sufferance as a nation. The heightened tension is occasioned by renewed hostilities and mindless bombings predominantly by suicide bombers who have decidedly chose the option of death to life. We have seen the worst of human follies in the conduct of these avoidable carnage and bloodletting by unscrupulous persons under the guise of religion, doing havoc to our sense of nationality,” Babangida said.

The former military president stated that at this stage of our national history, especially with the insecurity Nigeria presently experiences, it was appropriate for the country to devise new ways and means of confronting the hydra headed insurgency, without making such initiatives public knowledge.