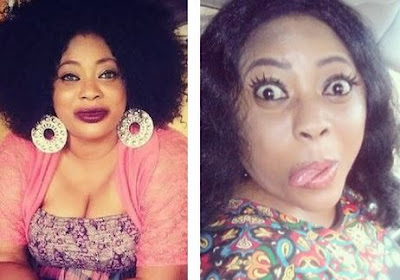 Big and beautiful actress Ayo Adesanya has rightly made an entrance into the Nollywood hall of fame as she celebrates her 20th anniversary in the industry at the age of 45. The entire month of July, has been about accolades and ovation for the talented actress.

Ayo, who had a tumultuous marriage and messy divorce saga with her former husband, Goriola Hassan, told Potpourri that rate of deceit and marriage break ups is really an issues for her.

She was asked if she could still marry again. Read her reply below:

"When people ask me that question, they just get me confused. Fine, God said we should come to the world, get married and multiply but you know what? I’m beginning to think marriage is not for the whole world. It’s not everybody that agrees to that because these days, people are getting so hostile. People fall in love; it’s not as if you don’t find love but does it really last?

You keep wondering that today they’ve broken up, tomorrow they’ve broken up; it’s not a good thing really. When you’re asking me if I’m going to get married again, I’m not God because you really can’t play God when it comes to what is going to happen.

Tomorrow, I might just meet somebody that would sweep me off my feet, so it’s not as if I’m closing the door totally. God is the owner of my life, so if he says okay, this is what he wants. But then, it doesn’t mean you cannot be happy if you’re not married.