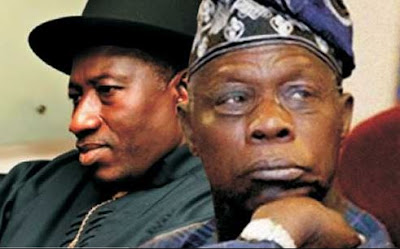 According to Former President Olusegun Obasanjo, for a long time to come, the people of South-South zone of Nigeria would bear the results whether positive or negative, of the years President Goodluck Jonathan was president of Nigeria.

Obasanjo said, “I have also said that you can help anybody to get a job but you cannot help him to do it. Let us get it clear, there is nobody who has got into any position who has not been helped by one person or more than one person.

“Yes as I have said, I believe that opportunity afforded itself in 2010 for somebody from the minority to on his own steam, become the president of Nigeria. He should never have lost the opportunity but what he did with it was entirely up to him and don’t forget, what he did or did not do with it, will reflect for a long time on that part of the country and don’t take that lightly.

"...but nobody will be there who will not be helped but we voted for him, I was only one of the 18 million voters who voted for him.”

He spoke in Benin on the backdrop of criticism that he worked assiduously in making Jonathan President and therefore should share in the perceived failure of the administration.