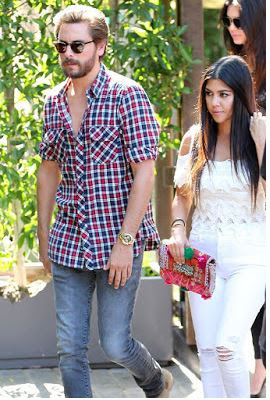 Now that Kourtney has dumped Scott Disick, his future on ‘Keeping Up With The Kardashians’ is uncertain. But if it were up to Kris Jenner, she’d keep him on the family’s long-running reality show.

According to HollywoodLife.com, Kris Jenner wants to keep him on the reality series, despite his recent betrayal with ex-girlfriend Chloe Bartoli, 25.

“Surprisingly, one person Scott has on his side in regards to being on the show, following the betrayal, is Kris Jenner. Although she is obviously concerned about Kourtney, she also has always had a real soft spot for Scott and thinks of him like a son. She’s concerned about his health and wants to make sure he gets help.

She’s desperately trying to reach him to see if she can talk some sense into him. Family is incredibly important to her and she wants to keep everyone together. Kris also wants to make sure those 3 children have their father in their lives. If she can help save their relationship, she is going to try. She would rather have them work it out for the sake of those kids than split up for good.