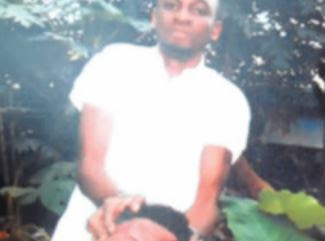 Residents of Itu Road, Uyo, the Akwa Ibom State capital, on Wednesday, woke to a horror sight, following the murder of a middle-aged barber by a close family friend who was supposedly his boss.

Steven Onowa, a graduate of Federal Polytechnic Oko, from Anambra State, was arrested by men of the Akwa Ibom State police command over the murder of Daniel Bassey Solomon, his close friend and employee.

It was gathered that Onowa, who tried to escape after allegedly killing his friend and dismembering him, was arrested with the aid of a GSM tracking device employed by officers and men of the Police Force.

Explaining the incident which led to the gruesome murder of the said barber, who hailed from Uruan Local Government Area, the state Police Commissioner, Mr Gabriel Achong, said the culprit confessed to have invited his friend to his house and offered him a drink he had already poisoned.

“I gave him the first cut, the guy got up; I gave him a second one and he died and I butchered him to parts,” the suspect confessed.

The commissioner, who confirmed that a quarrel had been on for the past two years between the ‘butcher’ and his victim, even as their case file was still with the SARS department of the command, said the police were successful in tracking down the culprit through the assistance of his landlord, who kept contacting him on phone, as the police kept tracking the calls.

“After stabbing him to death, he used matchet to chop off his hands, head and two legs. He packed the parts in a sack, pulled it out of the house to the major street of Itu Road.”

Apparently tired of evacuating the corpse to a safer place, he was said to have abandoned the deceased in a bag, removed the vital parts, including his two hands, which he dumped in a place along School Road and the head, which he hid in an abandoned dump site on the same Itu Road.

The suspect, who confessed to the crime, said he had called his victim on phone for an urgent meeting in his house, where he drugged his Orijin beer.

According to him, when the late Dan arrived, his killer entertained him with the drugged beer and it was not long before the deceased dosed off, giving his killer the opportunity to tie him, before stabbing him to death.

The suspect’s landlord, Mr Celestine George, who spoke to journalists at the police headquarters, Ikot Akpan Abia, said the police was called after the incident was reported and he had to put a call to the suspect and demanded for the balance of his rent.

“The suspect said he was about travelling and that he was with the balance which he would pay me before travelling. I then asked him to meet me at Itam junction, within the premises of a church where I had already told the SARS men to lay ambush for him.

“I kept calling him until he arrived at the premises of the church where I tricked him to. He came in a car with three armed mobile policemen and I hinted the men of the SARS formation, who had laid ambush for him within the premises and he was apprehended and handcuffed.

“The three mobile policemen were eventually overpowered by the SARS men and the suspect was arrested and taken to the police headquarters at Ikot Akpanabia,” he said.

What annoyed the angry residents of Itu Road the most, according to a neighbour, “is the fact that the suspect, apart from being a close friend of the deceased, was also having an affair with one of the late Dan’s sisters.”

He disclosed that such close relationship led to the suspect opening a barbing salon for his victim along Urua Ekpa Road.

When interrogated by newsmen, Onowa claimed to have killed his victim for daring to raise his voice at him over his N750,000 he had refused to account for.

“We reported the matter to SARS about two years ago and he agreed on a timeframe to pay up the N750,000. Till today, he has refused to pay the money, so when I invited him to my house that day, he started shouting at and getting angry with me, so I killed him. I am not dealing in body parts. I only cut him to pieces to be able to carry him,” the suspect added. 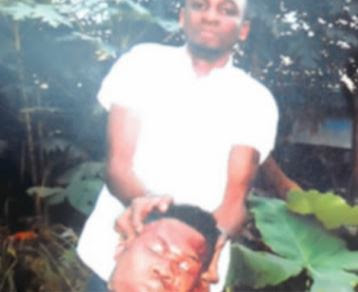