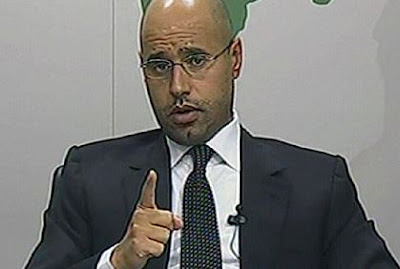 A court in Libya has sentenced one of the sons of former Libyan dictator, Muammar Gaddafi, Saif al-Islam Gaddafi and eight others to death over war crimes committed during the 2011 revolution.

Saif al-Islam and others were standing trial for suppressing protests during the political uprising in Libya in 2011 after Libyans revolted against the government of Ghadaffi who was killed in October 2011. Saif al-Islam was not present in court and gave evidence via video link. He is being held by a former rebel group from the town of Zintan that have refused to release him.