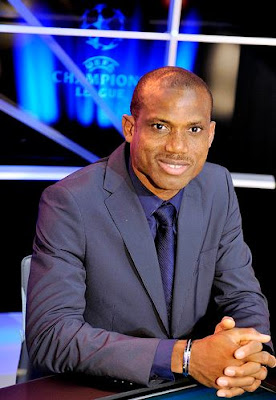 The Nigeria Football Federation has confirmed that former Nigeria international Sunday Oliseh will coach the Super Eagles with a team that will include a Dutch as an assistant.

A manager close to Oliseh in Europe, who has full knowledge of the talks between the NFF and Oliseh in London, confirmed to The PUNCH on Wednesday that the former Eagles captain had accepted the job offer and would work with an assistant from Europe.

“I can confirm that Sunny (Oliseh) has accepted the offer and he will be working with an assistant coming down from Europe as well.”

The NFF added that Oliseh would come with a “foreign technical assistant, whose job description will centre around development programmes, and working with clubs’ youth teams and certified academies towards developing the game from the grassroots.

“Sunday Oliseh has vast experience and immense knowledge of the game, and will certainly add value to what we are doing. He has bought into our vision and objectives towards the development of Nigeria football. He will command the respect of the players and we trust he has the temperament to work harmoniously with the Technical and Development Committee, the Technical Directorate and the Technical Study Group.

“On our part at the NFF, we will give him all the support to succeed as we have been giving to all our coaches. Subject to the approval of the NFF Executive Committee, we will conclude negotiations by weekend and he will be unveiled next week.”