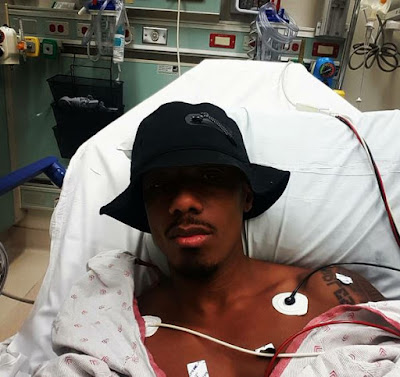 Nick Cannon was hospitalized on Wednesday after working so many jobs almost at the same time.

Cannon posted a pic of himself in a hospital bed, hooked up to a bunch of monitors but he didn't really say what was wrong with him, but he hinted it was somehow related to exhaustion.

The "America's Got Talent" host said, "I really think I'm a superhero" and compared himself to Batman.

Dont worry, Temporary pit stop... Sometimes I can be a little too bull headed and stubborn. I gotta stop running my body to the ground. I be wanting to grind nonstop but the engine can't run on fumes. On the low though, I really think I'm a super hero... Now I'm not saying I'm Batman, but I am saying nobody has ever seen me and Batman in the same room together. LOL #ImGood