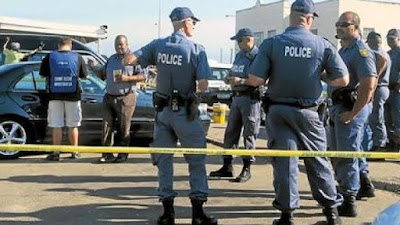 According to Mr Emeka Ezinteje, Public Relations Officer of the Nigerian Union in South Africa, Nonso, who worked as a barber, was having an argument with another Nigerian at a barbers shop when the Nigerian flanked the South African police officers. On seeing the policemen, Nonso took to his heels and the policemen pursued him until they caught up with him and allegedly tortured him to death.

South African police are claiming that Nonso was grasping for air as he was running and died when they caught up with him. The Nigerian Union is demanding for a full-scaled investigation as they suspect foul play.