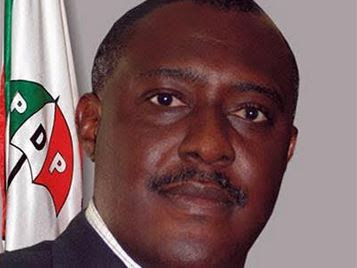 Our attention has been drawn to the misleading and outright falsehood by the APC. The truth is that the NLNG had been on a 10-year tax haven until 2014. Within this period, successive governments, right from President Olusegun Obasanjo never shared nor tampered with the cumulative dividends over the years.

Whatever taxes paid from the NLNG go through the Federal Inland Revenue Services (FIRS) and recorded as part of the income of the Federal Government.It is imperative to note that by the end of the tenure of President Goodluck Jonathan, NLNG dividends had risen to a cumulative $5.6billion and not a single cent was ever taken from the funds.

Although it is within the rights of the APC administration to spend the funds in any way they may decide, it is however cruel for them to inflict on us all such malicious falsehood while the current Presidency without the benefit of economic advisers and relevant statutory organs of government, unilaterally decided to deplete the funds without thinking of the attendant future investments and financial obligations of Nigeria in the NLNG project.

The APC must note that there is a limit to propaganda and lies. Now is the time for governance and this government has shown total unpreparedness to face the challenges of governance at the center.