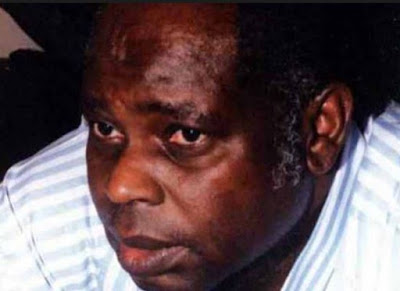 In an interview with Vanguard, former Bayelsa state governor, Diepreye Alamieyeseigha, said former President Olusegun Obasanjo is a cunning man and that former Lagos state governor, Bola Tinubu was very clever not to have fallen for Obasanjo's actions. Alamieyeseigha said this while responding to a question on whether the recent defections of PDP members to APC will affect the party in the state's governorship election which will hold on December 5th.

"Again, I think our people need to be educated, I can tell you that I was one of them in 2003 that formed Action Congress. At that time, it was becoming clear that President Olusegun Obasanjo, was going to chase most of us out of PDP, so we came together. About 18 of us. We said let us register a party and keep it in case President Obasanjo pushed us out of the party. We can have a platform to actualize our dream.

Also at that time, Obasanjo had cajoled the Southwest governors out of their seats. He deceived them. Bola Tinubu was very clever, he foresaw what Obasanjo was trying to do, so he was the only one that survived because the agreement was that all the Southwest governors should all support him so that he will return them as governors for second term. Obasanjo’s election came first and he deceived them. Obasanjo himself, very cunning, formed Accord Party. When you hear of Accord, it’s Obasanjo’s party"he said

"This state is a PDP state, we the elders will not allow foreign bedfellows take over this state. An Ijaw man has never been conquered, we would not allow it to happen. You can call it any name. Whether they come from the Southwest, whether they come from the North to conquer us. If anybody tells you as an Ijaw man that these people love you, it’s a lie. I know them and they know me too. The South-west and the North if they come together they will continue to produce the president of this country for life. We have no hope, so we must consolidate on what we have here. We cannot afford to fall into that trap. We will perpetually be slaves to the bigger tribes. We should protect what belongs to us, we shall not allow our young men to be brainwashed. This country must be restructured. We must practice true federalism, otherwise these people will continue to exploit us. We had a President from here. They just decided to take it back, and they took it. Is that the system the young people want to run into? What will even the Federal Government do to you if you decide to stay where you are. You are receiving allocation from the federation account, the federal government is equally receiving its share, what do you expect from them? Is it not better to utilize what you have received and be able to be ingenious enough to attract investors to develop your local economy, than depending on the federal government? The whole thing is deceptive. What they did not get from the 13% derivation, they are getting through the back door through the local government system? There is no federation in the world where local government is a federating unit. Don’t be afraid, this youth population you are talking about. They have leaders that control them. It is like my humble self, going to Amassoma and I say this is the direction we are going, which of my children will stand up and say no? They will follow my direction."he said