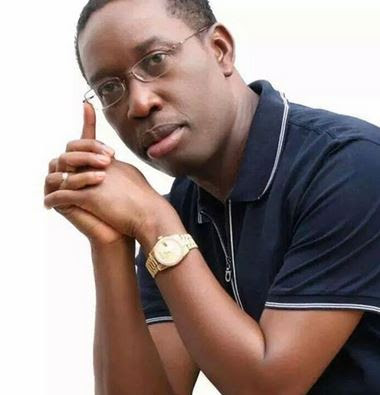 Mr. John Agbe said his son Arthur and others were “beaten to a pulp” by a gang wielding machetes and blunt weapons. The assailants “were later identified as members of Dr. Ifeanyi Okowa’s kill squad.”

Mr. Ibegbulem, who is said to have several murder cases against him in multiple police stations, including Delta State Police Command, has always evaded prosecution because of his boss’s influence over and bribes to law enforcement.

In one example several years ago following the gruesome murder of an Agbor youth named Mr. Arthur Agbe, the attempts of the victim’s family to seek justice have remained unfruitful due to Okowa’s influence and bribery of the police according to a petition.

The Agbe family wrote several petitions to the President, the Inspector General of Police, the Delta State Police Command, and other relevant authorities through their legal counsel but to date they have not seen justice.

The Agbe family also accused Governor Okowa, as well as Kingsley Emu, the new Commissioner for Economic Planning, Ifeanyi Eboigbe, Okowa’s new Chief of Staff, and others of sponsoring the horrific murder.

Mr. John Agbe, the father of the victim, said that sometime in October 2003 his son Arthur was hired along with others to assist with clearing a parcel of land in Boji-Boji, Owa, Delta State. Men wielding machetes and other blunt weapons attacked the group, which was “beaten to a pulp,” according to the father’s petition.

"My son did not survive the attack,” the petition continues. The assailants “were later identified as members of Dr. Ifeanyi Okowa’s kill squad, led by Hilary Ibegbulem, which Okowa uses to settle political, land and communal disputes.” Dr. Okowa, then the Delta State Commissioner for Health, used his influence to block police investigations of the killers.

The family’s petition appealed for renewed investigations into the murderers and their sponsors, including Governor Okowa, and listed other atrocities attributed to them, including murders, assaults, illegal demolitions, and at Delta State University, Abraka, the alleged rape of students. The cases are still pending at multiple police stations.

"None of the these cases have been fully investigated,” the Agbe family says, due to Okowa’s influence over “the entire Nigeria Police Command in Delta State.”

In May of last year, Mr. Hilary Ibegbulem allegedly led another kill squad with pump-action shotguns against Mr. Sunday Okonye, who was accused of burning down Okowa’s governorship billboards in Agbor. Okonye told journalists from his hospital bed a week later that he recognized Ibegbulem, who gave the command to open fire, as the group’s leader. “It took the mercy of God to save my life,” Okonye said.

Meanwhile, Mr. Ifeanyi Okowa and Mr. Hilary Ibegbulem have denied all allegations against them.