Police IG Has Ordered His Men to Start Stop-and-Search 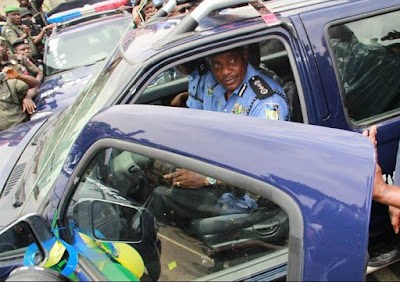 The Inspector General of Police, IGP Solomon Arase has directed his officers and men to commence special stop and search on roads and major highways across the nation.

Arase gave the directive on Tuesday in a statement by Force deputy spokesman, CSP Abayomi Shogunle in which he said the order followed intelligence report which was not disclosed.

“Sequel to intelligence report, the Inspector-General of Police, IGP Solomon Arase, has directed the commencement of special stop and search on Roads and Highways nationwide, with emphasis on roads in and out of major cities/towns.
sponsored post


“Citizens are enjoined to bear with the Nigeria Police Force during this security operation which is a temporary measure put in place to address the intelligence received.

“The special security measure, stop and search is in no way a return of roadblocks. Any unprofessional conduct should be reported at www.stopthebribes.net or nearest Police Station.

“The general public is advised to cooperate with Police operatives by providing answers to questions that may be asked as well as allowing their vehicles to be searched,” the statement said.