The truth behind the ''celebrated'' death of Alhaji Gay 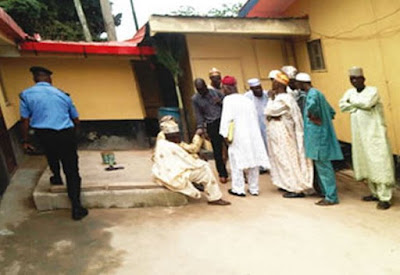 Yesterday, thousands took to social media to celebrate the death of a certain man they call''Alhaji Gay"..From the information circulating, they claim he was a snitch and police informant .Many allege he had collected millions from ''yahoo boys'' as well as innocent men who make a good living ..Others allege he was a land grabber who stole from land owners and threatened them using his influence with the police force

This is how Punch reports his death
A suspected homosexual rapist, identified only as Alhaji Tunji, and a landlord’s son, Ganiyu Adebayo, were shot dead in a riot which enveloped Temidire, in the Alagbado area of Lagos State on Monday. 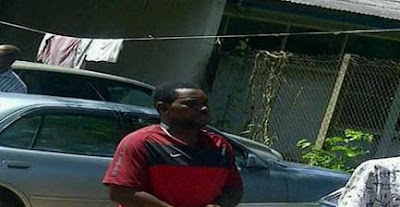 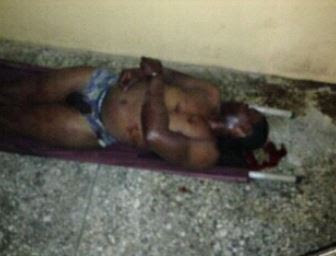 The unrest, which started at about 11am after the landlords had ended a community meeting, resulted in sporadic shootings and fighting allegedly between Tunji’s thugs and youths in the area. The two persons were said to have been killed in the incident.

Our correspondent had exclusively reported on Thursday, June 16, that about 25 landlords stormed the premises of the Lagos State Police Command on Wednesday to report Tunji. They accused him of being a suspected land grabber and a homosexual rapist.

The complainants, who were led by the Baale, Alhaji Najimu Abioye, submitted a petition to the Commissioner of Police, Fatai Owoseni, saying that the residents’ lives were in danger.

Tunji had, however, refuted the allegations levelled against him, adding that the Baale was a usurper.

On Monday, our correspondent learnt that after the landlords had concluded their meeting, Tunji allegedly stormed the area with his thugs, who shot sporadically during which two persons at the meeting were injured.

One of the landlords at the meeting, who spoke on condition of anonymity, said while Adebayo died on the way to a hospital, the other victim survived and was being treated at the hospital.

He said, “We had barely ended the meeting, when these hoodlums arrived and shot at the people. The other man was hit in the arm, but Adebayo was hit in a critical area. He was bleeding profusely. He died while we were rushing him to a hospital. We have a police report from Alagbado.”

PUNCH Metro learnt that aggrieved youths in the area, who learnt of Adebayo’s death, organised a protest. Alhaji Tunji was said to have been shot dead during the unrest.

“He is dead. He was shot dead during the crisis. It is unfortunate. We do not know who was responsible for it. He will be buried tomorrow at his residence on AIT Road. His thugs had taken over the road in anger at the moment,” one of the landlords, who spoke on condition of anonymity, said.

Our correspondent learnt that policemen from the Alagbado division tried in vain to curtail the crisis as the hoodlums kept increasing in number and disturbed vehicular movements on the AIT Road.

Landlords and shop owners were said to have locked up their apartments, as the hoodlums threatened to avenge Tunji’s death.

The Lagos State Police Public Relations Officer, DSP Kenneth Nwosu, confirmed Tunji’s death. He added that another resident was injured during the riot.

He said, “Residents of the area were protesting against the activities of land grabbers during which Tunji was attacked and injured. He was rushed to a hospital where he later died.

“One other person was injured in the riot. Investigations are ongoing on the matter.”