Two dead, one dumbed after eating ‘forbidden’ fish in Ebony 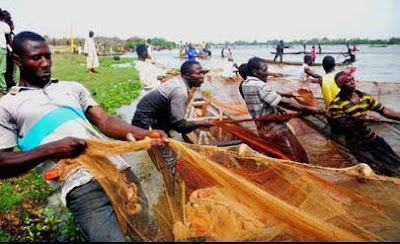 Two persons Thursday reportedly lost their lives in Ezillo community, Ishielu local government area of Ebonyi State after eating a fresh fish alleged to be forbidden in the area.Another victim was said to have become blind also after eating the said fish.

Vanguard reports that, the victims (names withheld) are labourers who were hired by one Mr. Alieze for a construction work.

An eye witness who gave his name as Mrs. Odoh Onyinyechi told our correspondent that the victims who decided to go on break while working at the site, went to the near-by stream where they harvested the said fish.The specie of the fish is forbidden by the community.She said

“A man from our community went to the town and brought people to work for him. The people later went to the stream to fetch water and came back with some fishes.