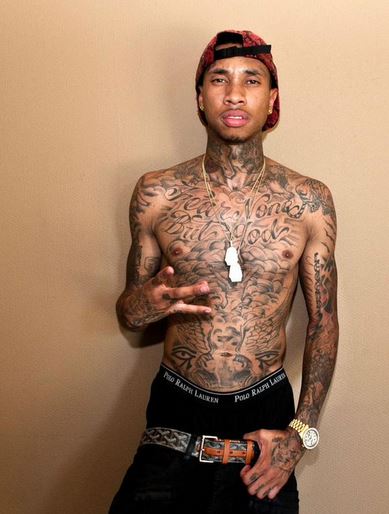 Rapper Tyga has just found himself in the middle of a very messy scandal. Dude has been caught sending racy texts and nudes to a woman that’s NOT his girlfriend, Kylie.

According to Transsexual actress, Mia Isabella, she and Tyga had an ongoing relationship for almost 3 years since she moved to LA. Mia Isabella allegedly also works as a fashion stylist & consultant for Tyga's brand as a cover up so she and Tyga can be around each other. Allegedly too, there was a possible sex tape when she was roommates with a model named Capri [who was once] linked with Charlie Sheen.

As wild as that is, US blogger LoveBScott.com last night obtained a TON of text messages between Tyga and Mia Isabella. Dating back to when he was dating Blac Chyna until a few months ago, while he’s rumored to be involved with Kylie Jenner.


In the leaked text messages Tyga and Mia can be seen making plans with each other. They also exchange a number of nude photos. Want to see the pics & texts? 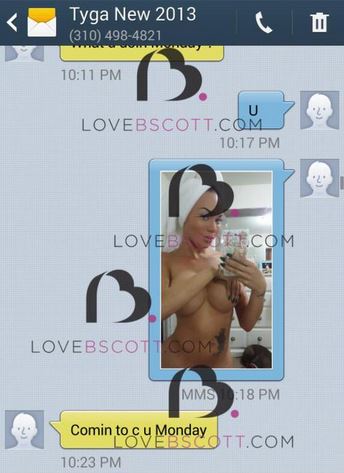 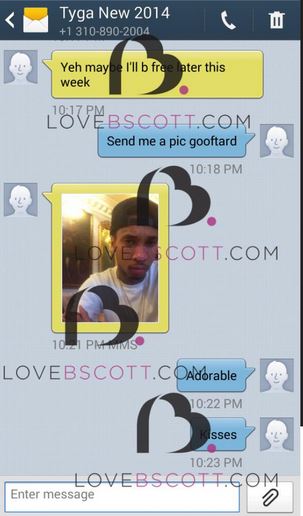 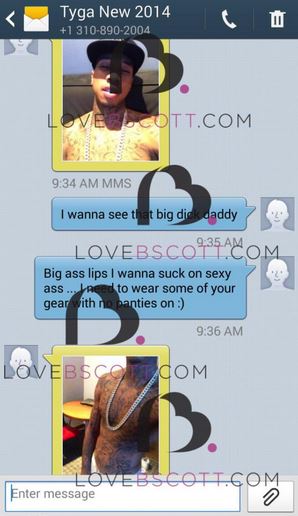 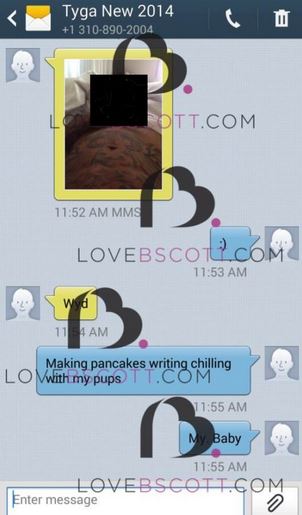 Meanwhile, Tyga and his lawyers are gunning for the people they say released the pic of his exposed penis. Tyga's lawyer, Lee Hutton, tells TMZ he believes the rapper is the victim of a conspiracy designed to "maliciously shame" him.

While the photos are authentic -- you can see some of his tattoos -- Tyga's lawyer believes the person he sent them to betrayed him ... and used them to manufacture a fake story.