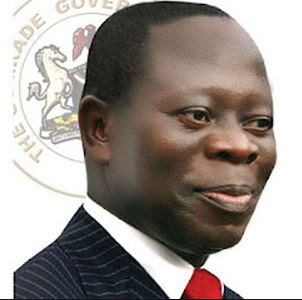 Edo State Governor, Adams Oshiomhole, on Monday, said the Peoples Democratic Party government of former President Goodluck Jonathan had destroyed the country.Oshiomhole, who was on the entourage of President Muhammadu Buhari to the United States, said Nigeria had in Buhari a President who talked with confidence unlike “a President that is blabbing and is not sure of what the issues are.”

The governor spoke with State House correspondents shortly after meeting with Buhari at the Presidential Villa, Abuja.

He said, “The PDP destroyed the country. I mean from the lips of American officials; senior officials of the State Department said one minister under PDP cornered as much as $6bn.

“The man said even by Washington’s standard, that is earth-shattering.

“So, the PDP is a party that presided over the liquidation of our nation, destroyed all our institutions, converted the Armed Forces commanders to use them as if they were political thugs, converted the Nigerian Television Authority to a party megaphone, destroyed the Department of State Services, went after opposition as if we were rabbits to be pursued into our holes, compromised even student unions and destroyed everything that you can think of, and elevated religion to a state affair.

“Under the party, Israel became a place you visit every week; they placed pastors against mallams, placed the North against the South, the East against the West, just to retain power; elevate Obas and Obis with dollars.

“You guys (journalists) were reporting dollars that were changing hands; when the Nigerian National Petroleum Corporation was spending much more money than is available to the Federation Account.

“We are a very patient people. If we were not a patient people, anybody wearing the tag of PDP ought to feel very unsafe because you are all victims — all of us here.”

He added, “Mr. Johnnie Carson, who was the Assistant Secretary of State, when we visited him in company with Senator (Bukola) Saraki, then as the Chairman of the Nigeria Governors’ Forum — that was at the eve of President Obama’s first visit to Africa — and we went to complain, ‘why is Nigeria not on the list?’

“What he said, for me, was quite instructive compared to what he said last week. Then I was present when he said ‘you know, we, who see ourselves not just as friends of Nigeria, each time we think there is light at the end of the tunnel and it is time to encourage Nigeria to build on it, you would wake up the following day under President Jonathan to find out that even the tunnel had been removed.’

“Those were the words of Mr. Carson. Now last week, this same Carson chaired the President’s address at the Institute of Peace and he said ‘we now have a man of enormous integrity; one that has shown so much faith in the democratic process; one that refused to be frustrated even in the face of massively rigged elections. He submitted to the judicial process and even when that was compromised he never gave up.

“‘America has done its check and we are convinced that this President is the one that Nigeria needs at this time to regain its leadership of the African continent.’”