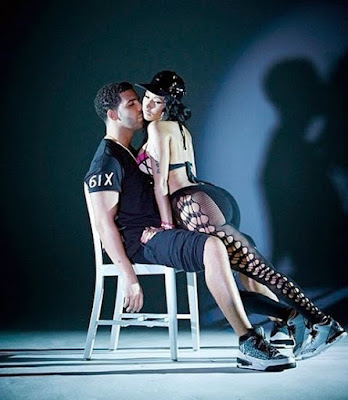 50cent may have his own ''bankruptcy'' problems , that doesn't stop him from weighing in on other people's issues..During an interview with St. Louis’ 104.1 FM, 50 Cent said he thinks NickiMinaj is the real reason behind the Meek Mill feud with Drake.According to him,Nicki has been quiet so far and there is no way Meek would talk about Drake without talking about it to Nicki..


I think it’s really a Nicki [and] Drake thing going on,” “I would think that he(Meek) would be conscious of Nicki before he would just say something, when he knows Nicki and Drake have a relationship. Like, they’re down with each other. They’re in the same crew. Even if you just heard it randomly you would be talking to her before you say something publicly about it. Obviously she shares the same views, because she hasn’t really responded to it publicly.”

During the interview, 50 Cent spoke on whether or not he’s ever used ghostwriters.


“I wrote everything,” 50 says. “One time I took a line [on] ‘Straight To The Bank.’ Because Kanye [did the chorus], while we were just chilling in the studio he said that. And then I copied the sound that he did—but we in the room, we playing around, we writing. That’s different to somebody writing your song.”