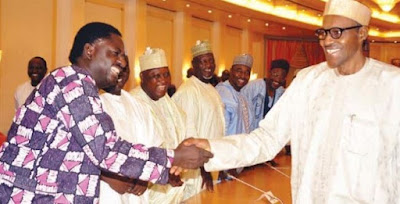 Following the anger that has trailed President Mu­hammadu Bu­hari’s latest appointments into key federal positions, which many believed are skewed towards the north, the presidency, has assured that the appointments will spread round the country in no distance future.

Presidential spokes­man, Femi Adesina said though political appoint­ments are entirely the Presi­dent’s prerogative, nobody can fault the fact that those appointed so far were on merits. He said:

“Nobody can fault the fact that the persons appointed were appointed on merits. In terms of the spread, the President has prerogative to appoint and he knows there is federal character. I am sure that there will be balance in the future. These are still early days. At the end of the day, we will have a balance.

“By the time more appointments are made, it will balance out. The President is trying to get the very best of Nigerians. The issue of key positions and no key positions should not be the issue. He gave a deadline of September for the appointment of ministers and he will keep to it.”