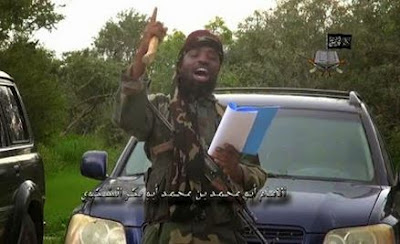 Dozens of gunmen stormed Awonori, a farming and herding village near the fishing town of Damasak, and carted away food supplies and livestock, they said.

“They killed seven people, looted grains and took away all the livestocks in the village before fleeing into the bush,” Muhammadu Modu Wan-Wan, head of the Damasak fishermen’s union, told AFP.

“The gunmen who came in vans and on motorcycles around 7:00 am (0600 GMT) besieged the village and opened fire on residents as they were having breakfast before moving to their farms,” he said.

Wan-Wan said the attack forced the villagers to flee but they returned after the assailants had left.

“I received report from my members in the Damasak area that Boko Haram gunmen attacked Awonori village this morning where they killed seven people and took away food and livestocks,” he said.

Last month, residents of Damasak and surrounding villages fled their homes and crossed the border into the Niger town of Diffa, fearing Boko Haram attacks.

But Wan-Wan said many residents have since returned to their farms.

“People have no food to feed their families which is why they take the risk of going back to their villages to work on their farms now that the rainy season has started,” he said.

Boko Haram, which is seeking to carve out a hardline Islamic state in northeast Nigeria, has killed some 15,000 people since 2009.

A regional 8,700-strong force aimed at ending the insurgency is due to deploy within days.

Nigerian President Muhammadu Buhari on Monday told a national security gathering in Abuja that his government would “employ at least an extra 10,000 police officers and establish a properly trained and equipped federal anti-terrorism multi-agency task force” to crush the rebellion.