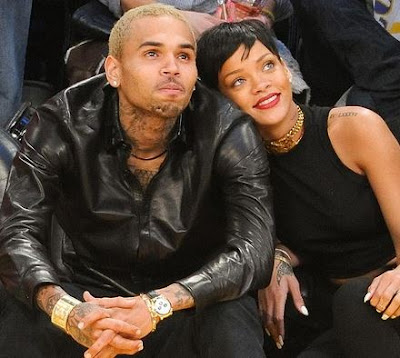 Following his performance in Cyprus, Chris Brown discussed his friendship with Rihanna. He was asked about his decision to perform Rihanna’s chart-topping hit, “B**** Better Have My Money” during his live show and he said that he had nothing but love for ex Rihanna.

“She’s my homie though. We knew each other since we were 14, 15 so with that kind of history, we are always going to be cool. I don’t get jealous, I don’t get mad. I got nothing but love and respect for her.

“I respect her as an artist. Obviously people are going to make a spectacle, like, ‘Oh, he’s playing her music!’ But who doesn’t? I’m pretty sure she plays my music.”

Breezy opens up about what fans can expect from his new album.

“The new stuff that we got coming, the new album and also the new stuff, when y’all see the show…man I can’t wait. That’s on my number one list for 2015, for real,” Brown admits.

A source claim that Brown has reached out to Rihanna for a feature collaboration on his newest project.

“I think there might be a dope Rihanna and Chris Brown song coming this year. These two have collaborated before and make dope hit music so when they come together you can expect something crazy.”

The source adds that the duo have been in talks to collaborate on a new project for a while, noting that Rihanna has “agreed” to work with her ex on his upcoming album.

“This is something that they have been talking about for a while now but it was his idea original to get her on his upcoming album. She agreed that they should do another song so it’s almost a done deal.”