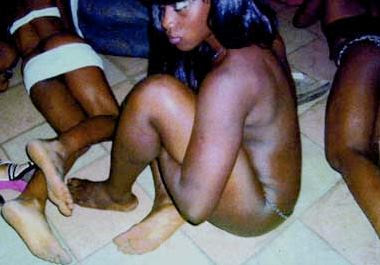 An unidentified female student was reported to have been rushed to the University of Nigeria Medical Centre after the cucumber with which she was “doing” herself got stuck and broke inside her private part.

The shameless girl spotted that her roommates were not in and decided to do “a quick one” with cucumber but cried out when the fruit got stuck in her “thing” and she started bleeding profusely.

She was immediately rushed to the Medical Centre to get attention from Doctors.

She was told by the doctors to provide her parents contact before she could be operated on but she refused and ran away.

As at now, the identity of the girl has not been revealed. It is indeed embarrassing to learn that our girls have degenerated to this level of moral laxity.