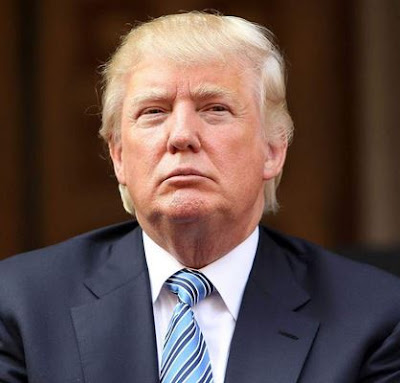 Trump accusing US policies in choosing friends and allies who it supports, defends and sells arms to, ridiculed the Obama and Bush governments for their actions in Iraq and the benefits they gave such an "ally" that would loose 2,300 sophisticated Humvees to ISIS which potentially built ISIS into the brutal force and global menace it is today.
Observers wondered why the US allowed ISIS to capture the vehicles it knew were located in Mosul and did not immediately scramble jets to destroy them.

The United States had recently refused to sell ammunition to Nigeria–being devastated by Boko Haram an ISIS partner–claiming the Leahy law prohibited such arms transfer, however the more reckless Iraq which could loose 2300 Humvees to ISIS brings US' reference to the Leahy law in denial of Nigeria into question.

In spite of Iraq literally gifting these billion dollar worth of vehicles and ammunition to ISIS, by December last year US Congress approved a plan to replenish equipment the Iraqis had lost, including 175 tanks, worth $12.5 billion, 1000 new Humvees, machine guns, and grenade launchers. The US is not only still selling arms and military vehicles to Iraq, it is actually supplying them these which will potentially be transferred to ISIS with US taxpayers money.

Donald Trump who has revolutionized political campaigning with his blunt remarks and analysis, promises to lead the United States on a new path of honesty, decency and meaningful self preservation and "make America great again."

Dr. Peregrino Brimah; http://ENDS.ng [Every Nigerian Do Something] Twitter: @EveryNigerian